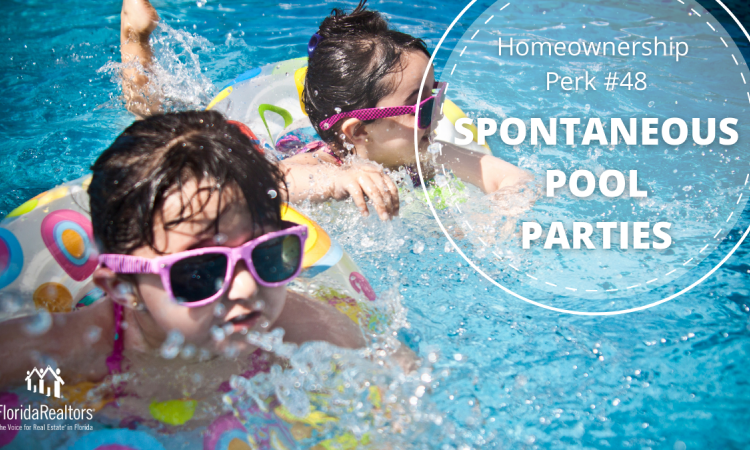 Brad O’Connor directly addresses camera: May turned out to be a very interesting month in Florida’s resale housing market, at least according to the latest market statistics from Florida Realtors.
To start with, Florida’s inventory of existing single-family homes listed for resale actually *increased* over the course of the month, rising from 31,618 as of the end of April up to 32,021 by May 31. Sure, that’s only a little over a one percent increase, but it’s significant because this is the first time Florida’s single-family inventory has increased during any month since March of 2020.

On top of that, it comes on the heels of only a very slight month-over-month statewide decline of just 40 single-family listings during April. So that’s two consecutive months where our single-family inventory has been relatively stable. Of course, we are still down over 58 percent compared to a year ago, so we are by no means out of the woods in terms of the housing shortage-but we can at least take this flattening inventory curve as a sign that we might finally be at the start of a long march back toward balanced market.

One major reason the decline in single-family inventory has halted is that the number of existing homes being listed for resale each month generally continues to be in line with recent historical norms prior to the pandemic. During May, we saw 34,298 single-family homes come onto the market, which is only 179 fewer new listings than we had in May of 2018, and just 212 more than we had in May of 2019.

At the same time, the number of single-family homes going under contract each month, which has been well above historical pre-pandemic norms since June of last year, has been slowly but surely trending back toward those norms in each successive month of 2021. In January, for example, the statewide number of homes that went under contract was roughly 30 percent higher than what we saw in January of both 2018 and 2019.

In May, by comparison, new single-family contracts were only 7.5 percent above what we saw in May of 2018, and just 2.4 percent above what we saw in May 2019.
Naturally, this reversion toward historical norms in the level of contract signings is a strong indicator that monthly counts of closed single-family home sales will also move back toward more normal levels, and this appears to have started in earnest in May. Statewide, we only had *243* more single-family closings than we did two years ago in May of 2019. Now, that’s a little misleading because May of 2019 was an unusually strong month for closed sales, but if we compare instead to either May of 2018 or 2017, we were still only up a little over 10 percent this May. And of course, thanks to rising home prices and the greater abundance of luxury sales we have in the current market, the statewide dollar volume of closed sales this May greater than that of May 2019’s closings, even though they were similar in number.

Speaking of prices, the median sale price for closed single-family home sales was up again in May, rising to nearly $345,000. That’s a 2-and-a-half percent increase from April’s median and whopping 28 percent increase year-over-year. As always, it’s important to note that the greater share of luxury sales we have this year versus a year ago is part of the reason for this huge year-over-year increase, but overall home price appreciation is also a big component of this growth. Half of the single-family homes that sold in May were only on the market for 9 days before going under contract, and over half of all closed single-family home sales were sold above their original listing prices. That said, this upward price pressure is the most likely reason we are seeing new contracts and closings starting to revert toward more normal levels.

The market mechanism is working. Mortgage rates remain above where we started this year, and although they are currently in a holding pattern with the 30-year fixed rate hovering around 3 percent, the general consensus is that they will be higher by the end of the year. Assuming that’s correct-which is in no way a sure thing-then we can start expecting the rate of price growth to finally cool down a little.

Over in the condo and townhouse category, which has been running very hot in terms of sales this year, we also saw a slight reversion toward historical norms in May, but we are still way above those levels, with almost 27 percent more sales than we had in May of 2019. The median sale price in this property category came in at an even $250,000, which is where it was in April and is 24 percent above where it was one year ago.

Now that we’ve covered the statewide numbers, it would be a good time for you to check out your local stats, as well. We’ve noticed some interesting things in the local data at different price levels this month. For example, cash sales as a share of overall single-family sales have been on the rise, but not everywhere and not in every price tier. Areas with large luxury markets like Southwest Florida are seeing a rise in cash sales simply because luxury buyers are more likely to pay in cash, and there’s been a greater share of luxury purchases this year. On the other hand, in the state’s major population centers, we’ve seen an uptick in the share of cash sales in some of the mid-level price tiers. But that’s not necessarily the case in many other parts of the state.
So, to get the latest info on your market, be sure to go check out sunstats.floridarealtors.org, our new market data service exclusively for Florida Realtors members. You’ll find our whole array of local-area statistics available there to explore. Thanks for watching-see you next month!