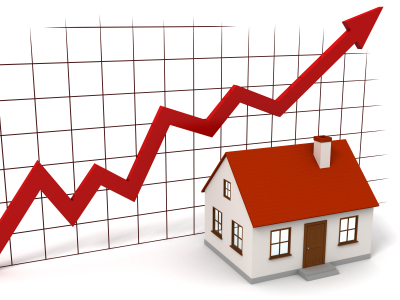 Brad O’Connor directly addresses camera: According to Freddie Mac’s weekly National Mortgage Market Survey, the average 30 year fixed mortgage rate rose above 6% in mid-September, and in late October, it crested at about 7% where it remained for the next three weeks. Since then, it has fallen somewhat in response to positive signs that inflation is finally abating.

But we’re still above 6% a rate level we’ve not seen since late 2008. Needless to say, the effect of these higher mortgage rates on home buyer demand throughout the US this fall was not a positive one. Here in Florida, we could already see that conditions were worsening in response to the rise above 6% in October’s data release from Florida Realtors, when new pending sales were down 41% year over year for existing single family homes and down 43% for existing townhouses and condos. Based on those figures, it’s not surprising that the newly released November figures for closed sales from Florida Realtors exhibit similar declines.

Closed sales of existing single family homes in November were down by over 38% compared to a year ago. And over in the townhouse and condo category, they fell by close to 39%. We should probably expect similar declines in closed sales in December as well.

Given that rates were at their recent peak near 7% for much of November, when many of the homes scheduled to close in December were going under contract. This is reflected in the year over year changes in new pending sales reported for November, a decline of nearly 37% for single family homes and a more than 42% drop for townhouses and condos. The rate of price growth remained above the long term trend in November, but it continues to slow in the wake of these higher interest rates. The median price for closed sales of single family homes in November was $400,000.

That’s 9.6% higher than last November. The median townhouse and condo price, meanwhile, increased by 12.3% to $307,000. New listings of single family homes for sale in November were down by over 15% year over year and likewise declined by over 13% in the townhouse and condo category. This fall, the number of homes coming onto the market is partly in response to rate lock in, that is. A number of current homeowners have a much more favorable mortgage rate on their current home than they could get on the market right now, which makes for a strong disincentive to sell until conditions improve.

But there are many potential buyers and sellers out there for whom rate lock-in is not a factor, such as owners who have already paid off much of their mortgages and built up a lot of home equity, as well as those whose motivations to buy a home are not entirely driven by finances as much as need.

While inventory levels are still far from pre-pandemic standards in most parts of the state, they are still much better than they were at the beginning of the year. And buyers who were frustrated in their home searches over the past two years are finding there are more choices available now and less competition as well.

Join us next month as we present the December statistics and wrap up a very eventful year in Florida’s housing market. And in the meantime, be sure to check out your local statistics at Sun Stats dot Florida Realtors dot org.

See you next month.